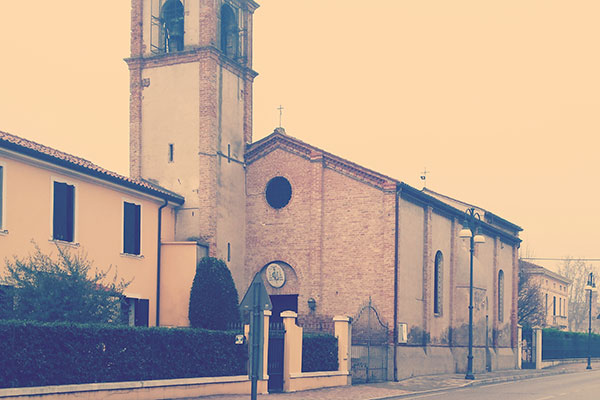 You can reach the oldest church inMontagnanaalso by walking out of asmall pedestrian gate (pusterla), which was opened along the southern walls in the 1920s.Reliable sources testifythat the church was part of a convent of the Tau or Antoniti Friars, who dedicated themselves to looking after pilgrims and the sick, especially those suffering from the shingles (Herpex Zoster, also known as St Anthony’s fire)or leprosy(a disease which was often contracted on pilgrimages to the East). Pork fat was apparently one of the remedies used to relieve pain.

The place may well have been a pilgrims’ home connected with the Knights Templar. Despite the obvious eighteenth-nineteenth century interventions, the presence of the Templars is suggested by several elements, such as the heraldic cross on an ancientholy-water font, aseal used by the Order of the Temple.